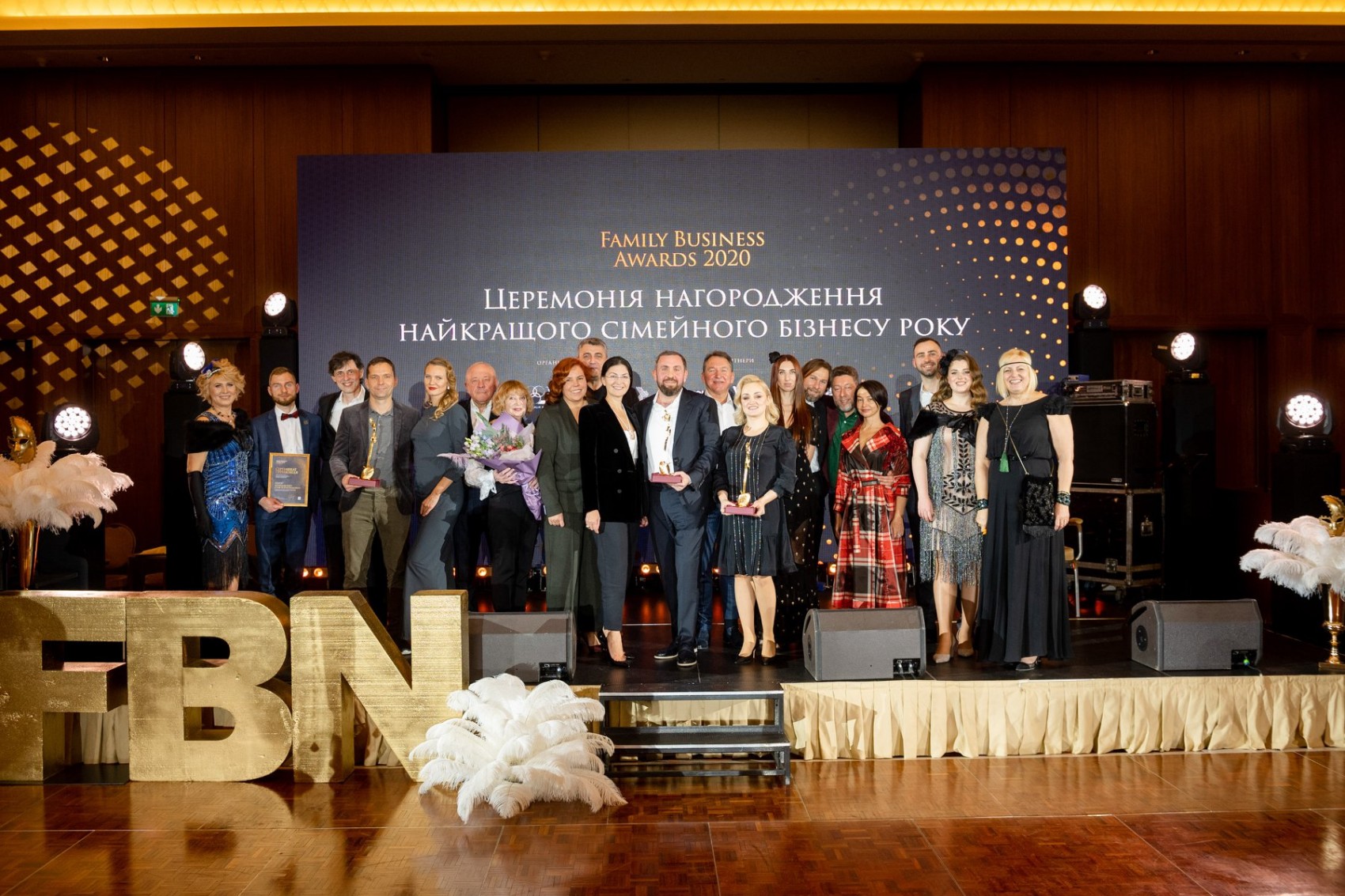 On December 4, in the framework of the 37th FBN Ukraine event, a solemn ceremony of awarding the winners of the second annual Family Business Awards was held. This year, the prizes were granted in three nominations: large, medium and small business (for the companies with their own capitals of more than UAH 500 mln, 100-500 mln and up to UAH 100 mln, respectively. In addition, three special prizes were awarded: for the best event host - from FBN Ukraine, for resilience shown during global challenges - from Deloitte Ukraine, and for harmonious integration of the next generation into the family business - from IdeasFirst. In total, 33 companies applied for participation in the competition-2020 in three nominations. The first to be awarded in the ‘Best Event Host’ nomination were the Lviv companies Enzim and Kormotech owned by Olena and Rostislav Vovk. The representatives of the second generation of the family were able not only to take over the baton from their father, Orest Vovk, but also developed largely the family business. Yeast production under Olena’s leadership is gradually turning into a biotech company with powerful R&D, and Rostislav has transformed the animal feed business into a powerful export-oriented enterprise. Tatiana Burda presented the ‘Best Host of the Year’ award. Andrey Zdesenko’s Biosphere Corporation received the second award - a special prize from the partner of the competition, Deloitte Ukraine, for resilience during global challenges. In addition to impressive turnover figures, revenue growth and an international presence, Zdesenko’s business was supplemented with new production during the crisis. Just a few days before the start of the world lockdown, Andrey Zdesenko managed to buy an Italian diaper production line. Due to the impossibility of bringing Italian technicians, the line was assembled on its own, in consultation with the manufacturer via remote communication. A hundred per cent loaded line will be able to cover 15% of the needs of the Ukrainian market. The investments in the project amounted to about 7 million euros.Andrey Servetnik, a partner of the Tax and Legal Department of Deloitte Ukraine, presented the award to Andrey Zdesenko. The Korostylev family and their family company Elio received a special prize from the IdeasFirst competition partner for the harmonious integration of NextGens into the family business. Yuriy Korostylev’s company, founded in the 1990s, was engaged in construction, import, and after a while focused on production of furniture and implementation of large-scale design projects. Elio became a hundred per cent family owned business in 2012, when Korostylev Sr. bought out a share from his partner. In 2014, the eldest son Oleg came here to work as a paint shop supervisor; in 2016, the youngest son, Vladimir, came to the position of a line manager in the family business, and in 2020, his father completely transferred the management of the company to the brothers. Thanks to the synergy of the founder and the heirs, the business has gone international; it participates in prestigious international exhibitions and earned the reputation of a premium brand not only in Ukraine, but also abroad. The award was presented to the Korostylev family by Irina Bondarenko, the founder of IdeasFirst. 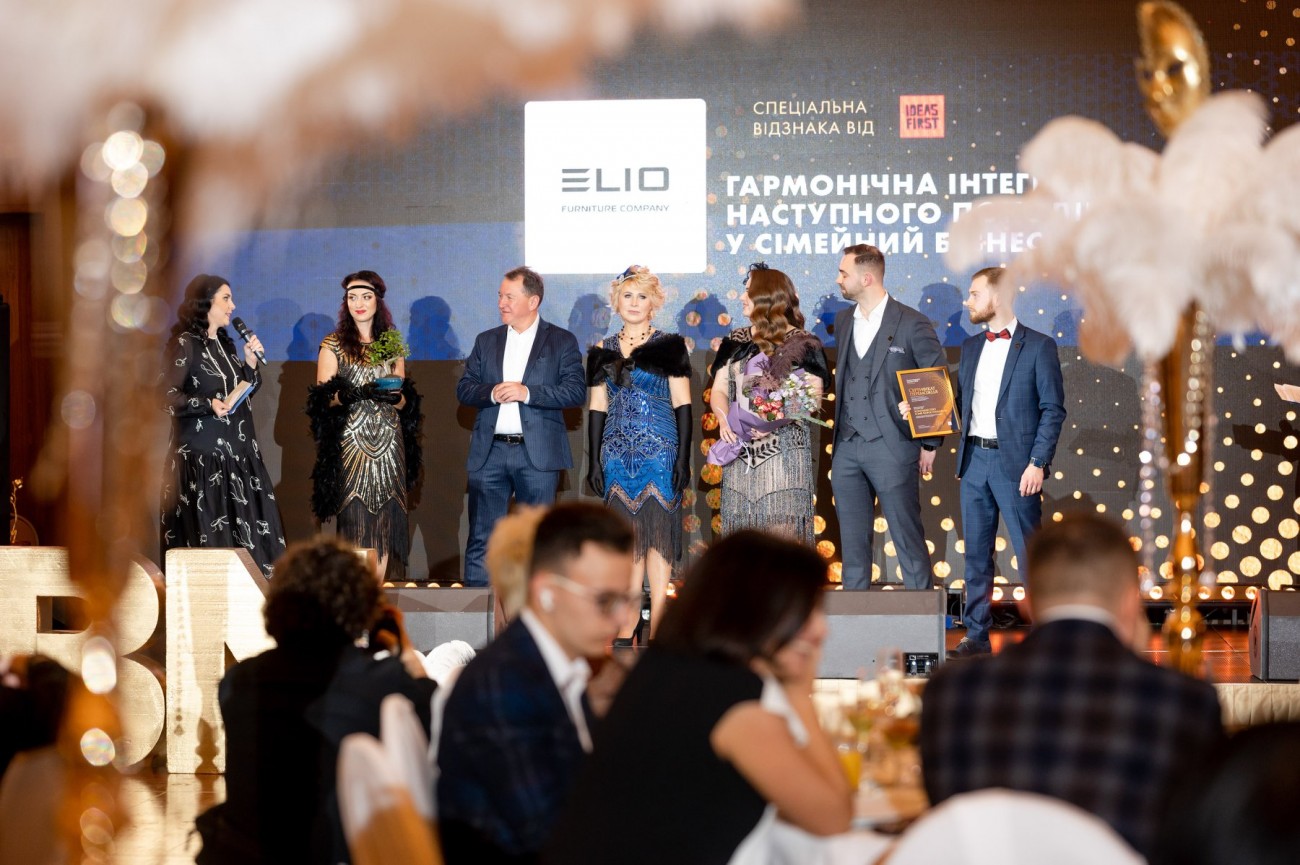 Family bakery ‘Budmo Zdorovi’ and its founder Ruslana Rymarskaya.became the winner in the nomination ‘Small Business.’ Now the company produces hypoallergenic biscuits under the TM ‘Smakuli.’ Rymarskaya’s culinary business is about 10 years old, since 2010, she has been baking yeast-free bread, since 2016, she switched to cookies. Andrey Fedoriv, the founder of Fedoriv Group, presented the award to Ruslana Rymarskaya. The Collar Company received the prize as the best family company in the ‘Medium Business’ category. The products of the Chernigiv manufacturer are sold in more than 70 countries, and dog lovers all over the world know some products, for example, the innovative Puller ring. The company’s partners include Warner Bros. and NASA. Yuriy Sinitsa’s company manufactures a full range of goods for pets - from collars, clothing, ammunition and training equipment to fillers and aquarium equipment. Dmitriy Kazavchinskiy, the CEO and co-founder of GST Group and a winner of the Family Business Awards 2019, presented the award to Yuriy Sinitsa and his wife. 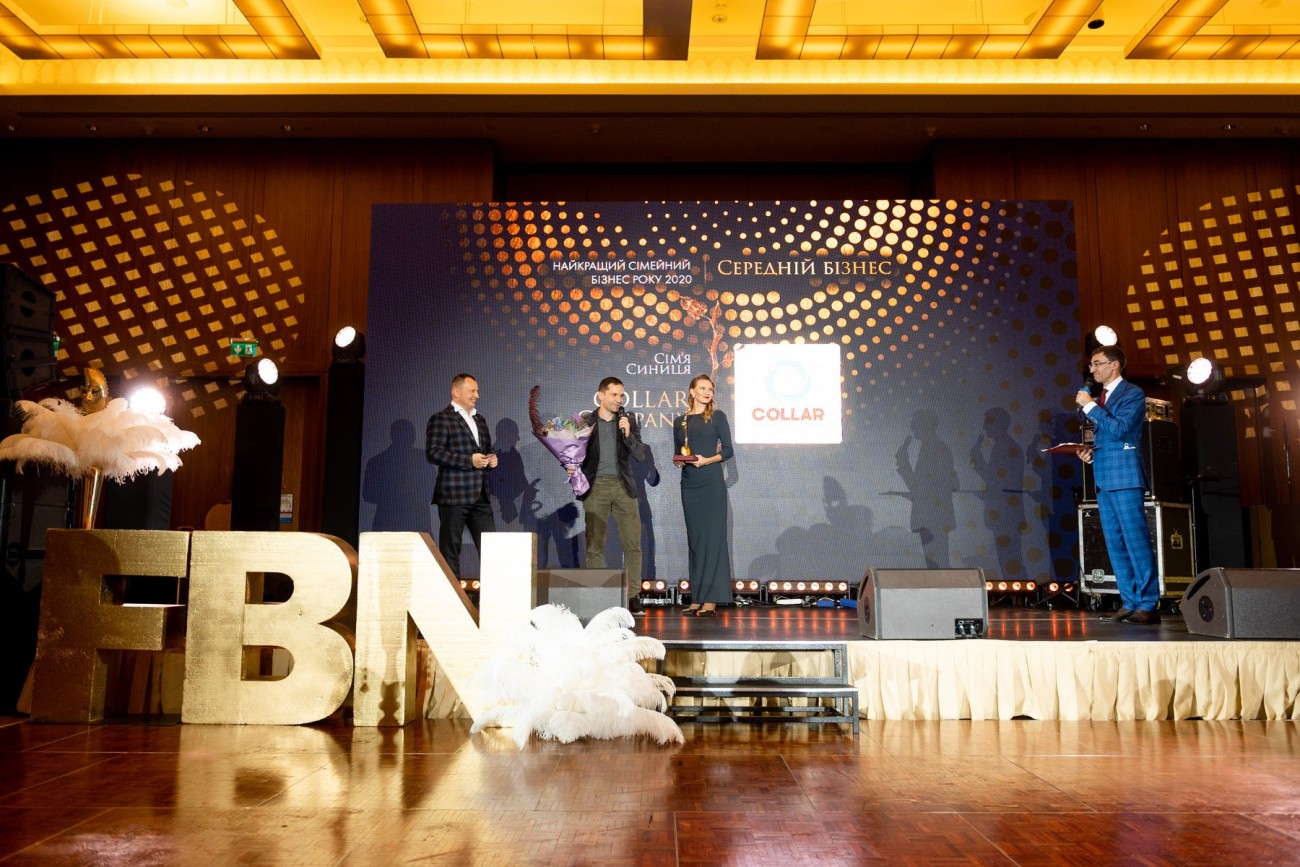 The Lviv Barkom Company became the winner in the ‘Big Business’ nomination. The family business in the third generation has gone a long and hard way - from small trade to its own agricultural, meat and bakery production, chain of stores and the painstaking process of building family and corporate management of the company. The father and mother, Vladimir Baran and Sofia Baran together with their sons Alexander Bavorovskiy and Oleg Baran founded the company in 1998. Initially, the family was engaged in the sale of sausages, but already in 1999, they opened their own production. Two years later, a pivotal decision for the family business was made: in 2001, Barkom opened its first ‘Rodynna Kovbaska’ store. The decision turned out to be correct, and after a few years, the volume of production increased in so much that the family could no longer cope with the expansion of retail on its own. Therefore, they made a decision to develop franchise stores. In 2016, the external board of directors was established at Barkom, and it has helped to facilitate a dialogue between relatives, to build up the financial culture and adjust the company's management structure. It was decided to hire some key top managers, and Oleg Baran and Alexander Bavorovskiy were recommended to get an MBA degree. Some time later, Oleg Baran headed the company, and Alexander Bavorovskiy - the family council. Today the company is demonstrating steady growth; a large-scale rebranding of stores has been carried out, the communication within the family has been got up and running. Vladislav Burda, the President of the Association of Family Companies Owners of Ukraine, presented the award to the Baran-Bavorovskiy family.